IQ Tests - What is an IQ Test? | Thomas.co Skip to main content 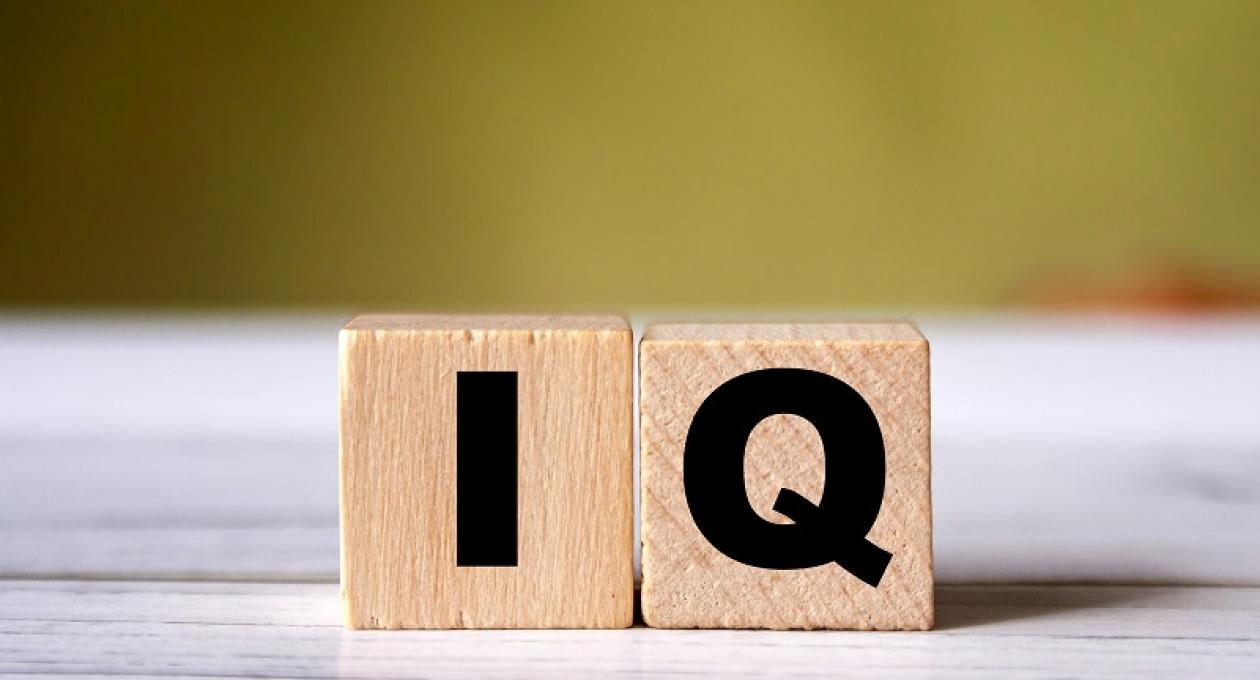 IQ Tests - What is an IQ Test?

IQ assessments have always been a conversation starter as well as a recruitment method. Intelligence Quotient (IQ) was established in the early 1900s as a way to create a standardised measure of intelligence as well as cognitive abilities. Over the years, the IQ test has been used to identify potential leadership material as well those with certain cognitive skills that would go on to be leading names in different fields.

Whilst the legitimacy is still hotly debated, IQ tests have good predictive capacity which shouldn’t be underestimated in some key areas of recruitment and development.

In today’s guide, we are going to take a closer look at IQ tests, what they are, a brief history of the test, how accurate they are and how employers and recruiters can use them (if they should) to help find the right candidate.

IQ or Intelligence Quotient is a standard score that shows how far above or below, his/her peer group an individual stands in mental ability. The peer group score is an IQ of 100. The IQ number is attained by giving the same test to huge numbers of people from all socio-economic strata of society and then taking the average.

What are IQ tests?

A typical IQ test consists of taking various tests measuring intelligence including; spatial recognition, short-term memory, mathematical ability, and analytical thinking. Commonly misunderstood as something that tests all the knowledge you have acquired over the years, the IQ test is actually testing your capacity to learn.

The modern day IQ test has come a long way since its inception in the early 20th century. Their purpose hasn’t changed, and the methodology remains similar - in that they are testing facets of an individual’s intelligence quotient rather than anything that has been learnt in the past.

There have been several iterations of the IQ test with the most commonly used one being the Wechsler Adult Intelligence Scale (WAIS). This was created in 1955 which deviated from previous IQ tests looking at different mental abilities such as verbal, numerical, spatial and logical intelligence. Since its inception, there has been an update to this test, the WAIS-IV.

WAIS-IV contains 10 subtests, along with five supplemental tests. The test provides scores in four major areas of intelligence: a verbal comprehension scale, a perceptual reasoning scale, a working memory scale, and a processing speed scale. An individual is then tested across a group of their peers to provide a more accurate scoring system with two-thirds of scores lying in the normal range between 85 and 115.

What does an IQ test measure?

An IQ test measures a range of an individual's cognitive ability and provides a score that is intended to serve as a way to measure an individual’s capabilities and potential.

A typical IQ test takes one to two hours and consists of anywhere between 25 and 50 multiple choice questions. It depends on the association administering the test but examinations can be shorter. Tests taken on social media for example can be short but do not cover a wide range of requirements to accurately measure IQ.

A brief history of IQ tests

The first IQ tests were developed in the late 19th century by Paul Broca (1824-1880) and Sir Francis Galton who were interested in finding a way to standardise the method of measuring intelligence.

Interestingly they thought that they could do this by measuring the human skull, the larger - the more intelligent. Luckily, we moved on from this assumption in the early 20th century when Alfred Binet and Theodore Simon put their minds together to create a better way of measuring intelligence.

Employed by the French ministry of education, the scientists were tasked with finding a way to understand who of the children they were testing may be left behind because of lower intelligence compared to children who may just be lazy. The Simon-Binet exam used logical reasoning, finding rhyming words and naming objects as part of their IQ test.

Lewis Terman, an American psychologist revisited the the Simon-Binet exam creating a much more appropriate norm than the original tests so that the quotient could be measured with greater accuracy. The method to measure however only worked with children where the analysis was still based on multiplication of standard figures to find a result.

It was some 30 years later that “David Wechsler solved the problem of calculating adult IQ by simply comparing performance to the distribution of test scores, which is a normal distribution.” His method of analysis and discovering a better way to score these tests have helped create the more modern iterations of the IQ test used across the world.

What are IQ tests used for?

IQ tests can be used for a variety of different purposes. These include:

To help identify children who may be gifted and thus to be given extra support to achieve or equally, analysing where children may require additional help in education.

When originally coined, the IQ tests were separated into ALPHA and BETA. The first is for new recruits, the second for those who pass training. It helped to identify those with candidates with intellectual deficiencies, psychopathic tendencies, nervous intangibility, and inadequate self-control.

This could just be for fun for many people, a bragging rights measure at the pub quiz or it could be done for genuine interest.

Mensa tries to identify those of a higher intellect in order to foster human intelligence for the benefit of humanity.

There are many different types of IQ tests with over 200 being last identified in a 2017 study. They are all trying to do the same thing but with different focuses on cognitive abilities and differentiate measuring tools.

Here is a selection of the different types of IQ tests currently being used:

However the two most commonly found and used IQ tests around the world are:

People often ask if IQ tests are accurate. There appears to be a variety of opinions on this subject. One of the common concepts around IQ test accuracy is that it depends on the tests that are being administered where scores can vary at different ages.

100,000 participants joined a recent study at the Canada Excellence Research Chair in Cognitive Neuroscience and Imaging to answer this question and completed 12 online cognitive tests that examined memory, reasoning, attention and planning abilities. They were also asked about their background and lifestyle. What they found was that a typical IQ study can’t determine general intelligence but that there are three different components that make up intelligence; short-term memory, reasoning and a verbal component.

However, as a general analysis, a professionally administered comprehensive test can still provide a general indication of someone’s mental abilities.

A better way to measure an individual's abilities to perform a task or to assess general intelligence is to opt for psychometric tests over IQ testing.

Why psychometric assessments are a better choice for recruitment and development

We have learnt that IQ tests are a way of measuring general intelligence based on a set of criteria, but psychometric testing (whilst still a form of testing intelligence) does more. Using a mixture of verbal and non verbal testing, this helps recruiters, managers and even CEO’s make better hiring and development decisions than a standard IQ test.

A psychometric test can be used to target better candidates for a role, give future insights into how the candidate can develop with the right training and even test with greater accuracy because everyone is treated equally.

The Thomas Aptitude test consists of five online tests that rely on processes such as thought, language, decision making, learning and memory. Each test measures a cognitive function:

Combined, these give an overall assessment of the candidate’s intelligence to perform for the role that they are being hired for.

Also known as the General Intelligence Assessment (GIA), it is designed to help businesses discover more about the candidate as well as providing detailed understanding that businesses can work with. The GIA can help you answer questions about your workforce including, ‘Can your people think on their feet?’, ‘Can they cope with the mental demands of the job?’, ‘Are they good problem solvers?’ and ‘How quickly can they learn?’.

IQ testing has long been a standard bearer for those wanting to prove that they are “smarter than the average person.” Originally developed to analyse a child’s cognitive abilities, these tests have come on in recent years to identify potential future talent and discover “geniuses” amongst us.

Standardised tests are one way of analysing an individual's intelligence. However, psychometric assessments such as Thomas' Aptitude assessment can analyse other aspects of an individual’s intelligence and more accurately predict someone's ability to perform a task in the workplace.