Skip to main content
Our manifesto outlining everything you need to know about recruitment, development and retention
Read more 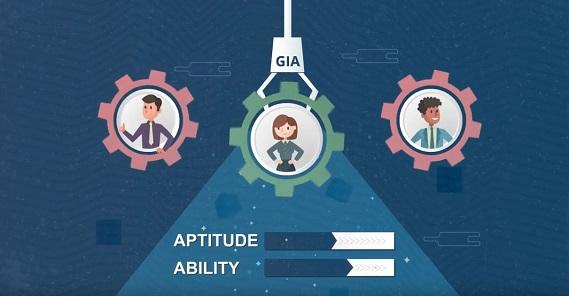 How long will it take someone to get to grips with a new role or regime? The General Intelligence Assessment (GIA) is a cognitive ability assessment that provides an accurate prediction.

How the aptitude test works

The overall percentile is an estimate of a candidate's general intelligence, while focusing on their response to training, mental processing speed, concentration and fast track potential. 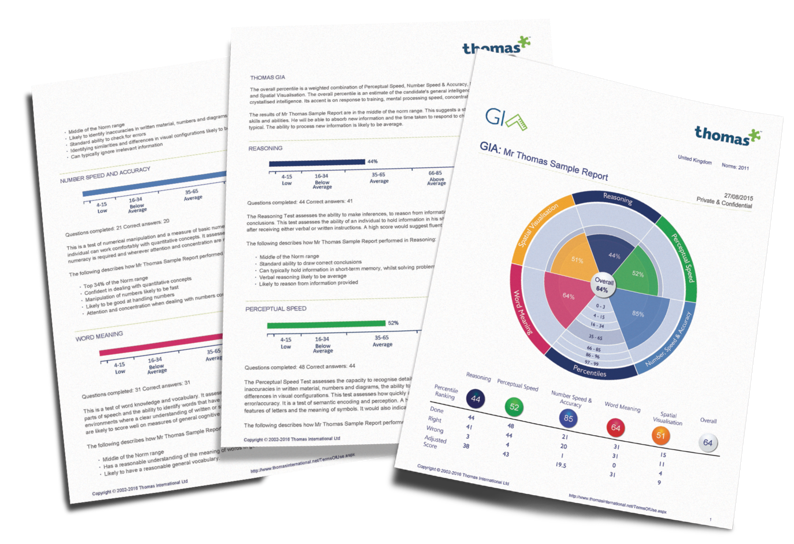 The Thomas Aptitude assessment (also known as the General Intelligence Assessment, or GIA), was developed over 15 years by Dr Peter Dann in the Human Assessment Laboratory at the University of Plymouth. Thomas integrated the assessment into its product suite in 2006.

Intelligence has been defined as having fluid and crystallised components (Horn & Cattell, 1966):

The Aptitude assessment is designed and theoretically underpinned by Carroll's taxonomy/classification of cognitive abilities components of 'g', which is general intelligence (Spearman's & others' general factor of mental performance). However, the assessment is concerned much more with fluid intelligence and the use of procedural rather than declarative knowledge, by measuring elementary cognitive abilities (perceptual speed, verbal reasoning etc.). This assesses what we have termed trainability rather than 'IQ'.

The Aptitude assessment looks at an individual's speed of processing information and ability to learn and develop new skills. The General Intelligence Assessment is used for a variety of purposes: recruitment, retention, development, management, identifying training needs, career guidance, succession planning and benchmarking.

The Aptitude assessment was first developed as a way to measure cognitive abilities and trainability of Armed Forces known as the British Army Recruitment Battery (BARB). As the assessment continued to develop, the Human Assessment Laboratory used the potential of computer technology to pioneer the research and development of item-generation whereby test items are automatically produced to create an extremely large number of different but equivalent forms of the same test (Irvine, Dann & Anderson, 1990). GIA, along with a paper-based version, was developed from the same theoretical principles and resources as BARB. Thomas International integrated the paper-based version into its product suite in 1993 and GIA in 2006. 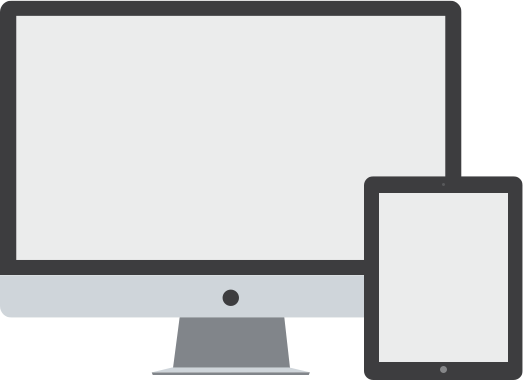 Format of the perceptual aptitude test

Each of the five tests has one type of task and all the questions in a given test are of an equal level of difficulty. The individual's score is then determined by the speed and accuracy of their responses. Scores are then compared to a sample population (the norm group) to determine whether the scores are lower, higher or in-line with the majority of that population.

Although the overall score measures 'trainability', each of the five tests measures a specific cognitive function (detailed below):

Perceptual Speed: This test measures the perception of inaccuracies in written material, numbers and diagrams, the ability to ignore irrelevant information, the ability to recognise similarities and differences, and error checking. It tests the speed of semantic encoding and comparison.

Number Speed and Accuracy: This is a test of numerical manipulation and a measure of basic numerical reasoning ability. It measures the degree to which an individual can work comfortably with quantitative concepts.

Word Meaning: This test assesses word knowledge and vocabulary. It assesses the comprehension of a large number of words from different parts of speech and the ability to identify the words that have similar or opposite meanings. It assesses the ability to work in environments where a clear understanding of written or spoken instructions is required.

The Thomas Aptitude test has been subject to rigorous scientific testing to determine its reliability and validity as a psychological assessment. Various research studies have shown that the GIA is a consistent and valid measure of trainability.

The GIA is registered with the British Psychological Society (BPS) after it was audited against the technical criteria established by the European Standing Committee on Tests and Testing, part of the European Federation of Psychologists' Associations. 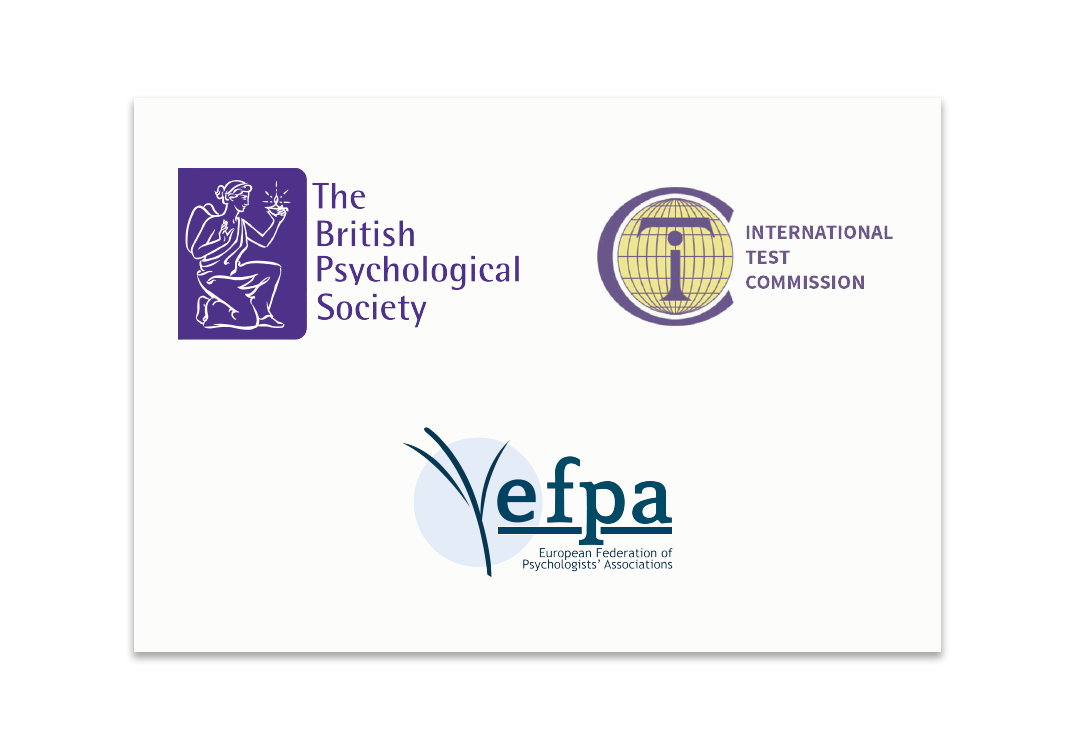