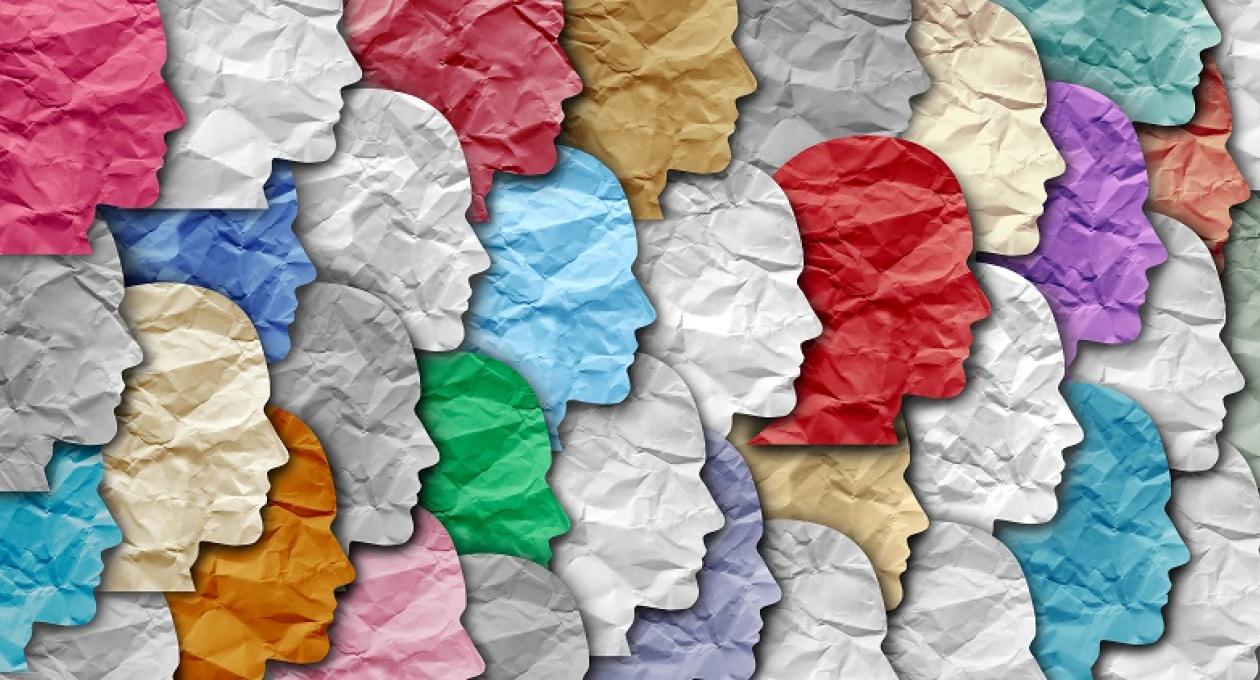 The development of personality type theory has a long history. Whether it is from the works of Sigmund Freud (in his works of the Psychoanalytic Theory of personality) to Carl Jung and beyond, understanding an individual’s personality has been a long held fascination by many in the field of psychology and social sciences.

With the advances of technology, but more importantly research with critical analysis and thinking, psychologists have defined four different types of personality. A, B, C and D.

In this guide we are going to take a look at these different types of personality, the theories behind each one, gain a better understanding of them and how Thomas International can help you use scientifically validated assessment tools to hire the right candidates and manage your current workforce with these personality types.

Over the years, you may have heard of several personality theories and tests. What they all share is that they are all trying to understand what motivates, controls and manages these individuals. In short, the better the idea we form of different personalities, the better we understand ourselves.

Whilst cited psychologists in the introduction have given us insight into the different personality types there is a long history that underpins the most recent classifications, especially when it comes to A, B, C, D personality.

The history of these personality types stems from two cardiologists, Friedman and Rosenman who discovered Type A behaviour by accident after they needed their waiting-room chairs to be reupholstered much sooner than anticipated.

The upholsterer noted that the chairs had worn down in an unusual way: "there's something different about your patients, I've never seen anyone wear out chairs like this."

Chairs in doctors' waiting lounges didn’t have the same wear and tear, especially on the edge of the seats and on the arm rests. Whilst the doctors initially dismissed the remark, it was just five years later that they began their formal research.

Friedman and Rosenman (1976) labelled this behaviour Type A personality.

At its most basic level the research analysis showed that Type A personalities have much higher stress levels and run a higher risk of heart disease and high blood pressure than Type B personalities - who seemingly have the opposite attributes.

We are now going to take a look at the different personality types in more detail.

It’s important to understand that everyone can be categorised based on the behaviour and personality traits they exhibit. There are lots of different personality tests that one can undertake but the one we are going to concentrate on is the personality type A, B, C and D.

In these personality types, anyone can be grouped into the four categories, however, they are not exclusively grouped into just one category or type. That is because everyone will exhibit more dominant personality traits from one of the types but have elements from another.

These personality types can be used to understand a job candidate’s personality among other things. From identifying people who are more likely to be a better team player, to those with characteristics set to lead, hiring managers can use these personality tests to create a team which has a more balanced environment and even improve staff retention.

As discussed, the tests are indicators into personality type, and cannot put you firmly in one category or another. There will be more dominant traits in each category type but it is rare to find people who just fit the mould of one.

We will now take a closer look at the different personality types and highlight some of the more key attributes to each letter.

The Type A personality is the “go getter” type. They have very high standards, are extremely competitive, love to set goals and they love to achieve as many as possible.

The Type A personality can also be known as, Director.

Goal orientated, risk taker and good under stress the Type A personality will show themselves to be incredibly diligent and hardworking employees and leaders. Sometimes, too hard working with workaholic tendencies, staying as long as possible to make sure the job gets done to the exacting standards they hold. Better left working alone rather than in teams, being restricted will have significant adverse effects.

You will see many Type A personalities in senior leadership positions - or trying to get there - and even in entrepreneurship roles.

The Type B personality is the laid back one. These are people who are generally very grounded and peaceful in their demeanour.

Don’t however think that this is someone who is very placid. On the contrary, they love being around people and love being the centre of attention. Their driving need is to be liked by pretty much everyone. Being applauded or acknowledged is key to their personality.

The Type B personality can also be known as, Socialiser.

Relationship orientated, outgoing and enthusiastic, the Type B personality will be someone who loves to talk about themselves - not to show off - but to be liked. Being well turned out and knowledgeable about many things is a driving factor for them. Any form of public humiliation is, however, devastating as it is seen as an attack on the whole person, rather than just the isolated situation.

At work, they would be the relationship builders, the ones who could cultivate better working environments with different personalities and are very good at turning ideas into workable solutions.

The Type C personality is the detailed one. They thrive in environments where their things are controlled and stable.

Being accurate, rational and applying logic to everything they do is where this personality really shows itself. Demanding logic over emotion is a natural dominant feature. Not suffering from hype or drama, in fact, they dislike it because they want facts and data.

The Type C personality can also be known as the Thinker.

Detail orientated, logical and prepared, this careful, resourceful and thinking personality is very good in a situation where everything needs to be analysed before any stands are taken. They like to control everything, even others which can be a negative aspect of this personality. Having all the facts at hand makes them a very difficult person to break down in opposing ideas or questioning as they interpret everything with the information they have and are given.

In a working environment, they are meticulous with the information and the data that they have to hand. You will commonly see Type C personalities in roles within science, medicine and law.

The Type D personality is the existentialist one. They are calm on the surface and enjoy things to remain the same as long as possible.

Hard working in nature, they are people pleasers like Type B but want to know that they are needed for their work rather than being validated over just who they are. They require a sense of security and believe that taking risks or change is actually quite dangerous and imposing on life balance.

The Type D personality can also be known as the Supporter.

Task orientated, stabilising and cautious, this very organised personality is someone who is seen as a supporter within a business. A supporter in the sense of helping others, showing compassion, thoughtfulness and caring. They need to feel part of a team, but in that team they can act as a paternal figure, helping others to achieve and never giving up on the task or the business.

In a working environment they are very good at delivering repetitive tasks - in fact, they enjoy that lack of variety because change can cause distress. They are also very good with attention to detail, making them a desirable candidate who requires stability in their role.

How to test for the 4 personality types

A workplace personality test is a simple assessment that uses widely accepted psychological theories to help gain a comprehensive insight into a person's suitability to a role. This will look at things such as openness to change, how they deal with stress, how ambitious they might be etc.

By providing the employer with a high level of detailed insight on their employees, they will be able to identify who falls into each of the personality types. There are similarities and shared traits across the four personality types, only with the additional insight from a personality test will it become clear which users fall into each type.

Thomas provides a comprehensive personality test for measuring individual traits and how they relate to the workplace.

Thomas’ workplace personality test can be used to help assess and understand a candidates or employee's personality type and wider personality.

Based on the globally recognised and respected 'Big 5' psychological theory, the High Potential Trait Indicator (or HPTI) as we also call it, assesses six core traits (Conscientiousness, Adjustment, Curiosity, Risk Approach, Ambiguity Acceptance and Competitiveness) to help you identify the best candidate for a role and identify leadership potential, adding confidence to your recruitment.

Whether you are Type A or Type C, it is possible to understand that we all have different ways of interacting with our environment and the people that we work with. We are all a mixture of different personality types but with more dominant features from one over the other. Having a grasp of the more dominant features leads to a better understanding of the kind of people we work with and the kind of people we are.

If you would like to learn more about our assessments, please speak to one of our team.