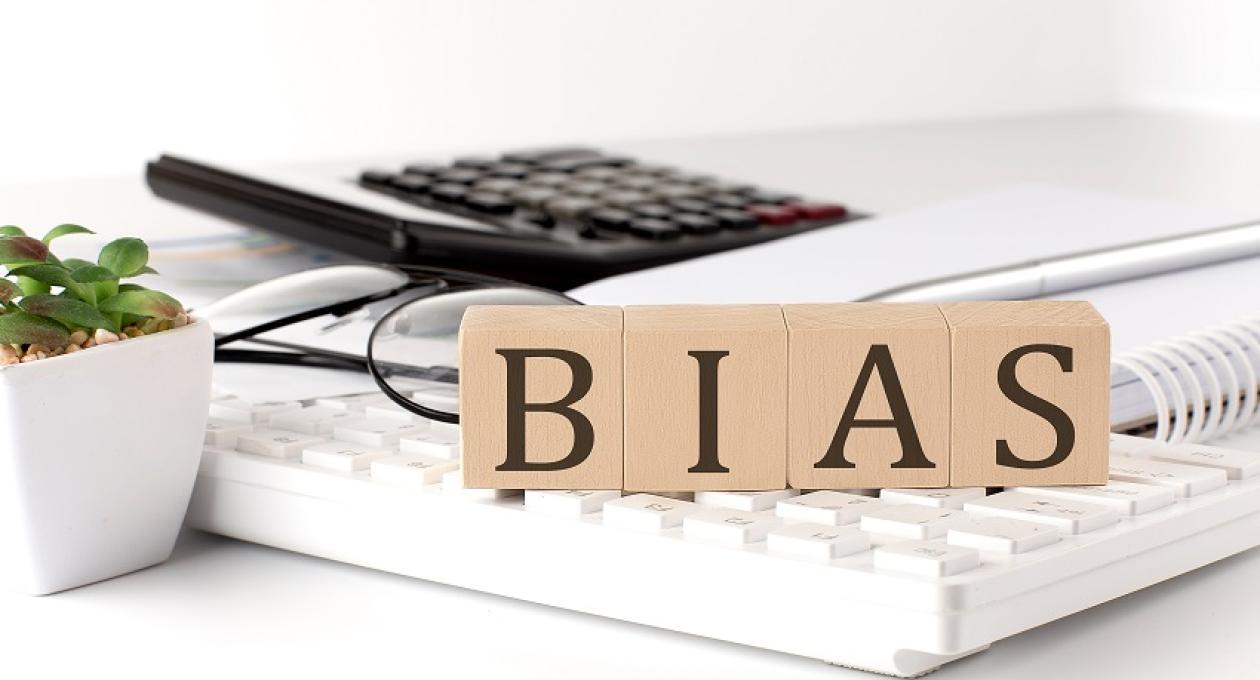 What is Interview Bias and How to Avoid It

When it comes to hiring the right person, there can be a lot of stress involved in the recruitment process. From sifting through CVs to getting through assessments and reports to track down the ideal candidate. This is compounded by the fact that in the past you might have missed out on the perfect candidate because of something called interview bias.

We all carry some biases in our subconscious, and interview bias is no different. It can make hiring the right candidate more difficult because interview bias can interfere with objectivity and cloud the judgement of the person being interviewed.

In this guide we are going to take a closer look at interview bias, understanding what it is, the different types of interview bias and how to reduce it when it comes to making hiring decisions.

What is interview bias?

For example, an interviewer may decide that the candidate wasn’t a good fit for the organisation because their handshake wasn’t strong enough at the start of the interview or that not enough eye contact was made when answering questions. These are extreme but very common types of negative outcomes in interview bias.

Another form of bias may be that the interviewer feels some sort of affinity towards the interviewee because they like the same football team or share a similar point of view. It’s important to note that some interviewees will answer questions in a manner that is to please the interviewer, clouding that bias further.

Interview bias can exhibit in different ways, not least when the interviewer uses language in the questions that exhibit biases or talk about subjects that would be geared towards more personal choices rather than the role itself. For example, the interviewer may talk about what has recently happened in the news - unless you’re interviewing for a news organisation, this is loaded with bias as the answer given may result in a variety of different responses.

Of course, interviewer bias can also be due to body language, facial expression etc. These are preconceived notions that have arisen through years of development in the interviewer and whilst many would consider themselves to have little bias, that is ever rarely the case. After all, we are all human, we will develop these ideas over time and we are all subject to it.

There is not just one type of interview bias, there are plenty and whilst we have covered just a few in the previous sections, it is a good idea to understand just what those types of biases are.

We are going to take a closer look at the different types of interview bias and uncover more in each one.

This is a generalised belief about a group of people where the interviewer has a clouded judgement of the candidate based on their social category and not the skills or competencies of the interviewee. It could be that the position requires longer working hours than normal and if there are childcare commitments, a female candidate may be excluded before the interview stage. Other examples of stereotype bias include:

Confirmation bias is something we are all guilty of. In the case of recruitment it is when the interviewee is asked questions to confirm or elicit responses that support the preconceived notions about a particular candidate. This ultimately means that the interviewer is only concerned about confirming an idea that they have of the candidate either from a preconception that comes from a CV or application or from the moment that the interviewer meets the candidate and another form of bias may have crept into the interview stage.]

Social desirability bias or cultural noise bias as it can otherwise be called is when the interviewee changes their answers so that they are more desirable from a cultural perspective rather than expressing their own true thoughts.

Recency bias can occur when the interviewer bases their assessment on recent events and not over a wider period of time. Therefore memories of the most recent interview candidates are stronger. It is sometimes called, contrast effect bias - wherein interviewers compare candidates with the preceding interviewee.

Gender and racial bias are pretty self explanatory. In short, this is when the interviewer will either hold a general view about a certain gender or race or that the role is not suitable for either because of preconceived ideas and notions. It is critical that no interviewer should be influenced by prejudice from both a moral standpoint and a legal one as well.

Similarity bias is when interviewers and candidates may discuss hobbies they share or display similar traits in an interview. Hiring decisions based on these similarities rather than a candidate's qualifications may be the result of similarity bias.

Both interviewers and interviewees communicate in a non-verbal manner through body language and eye contact as well through verbal communication. When an interviewer focuses more on the nonverbal aspect rather than the skills of the interviewee this is known as nonverbal bias.

This refers to when one single characteristic overshadows all the other ones for the interviewee. For example this could be where the candidate went to school or in some cases it could be how good looking they are. This will give the interviewee an idea that is positive about all the skillsets of the candidate rather than just one area.

This is in effect the opposite to the halo bias. For example this could be where the candidate may spell something incorrectly on their CV giving the interviewee an idea that is negative about all the skillsets of the candidate rather than just one area.

How to reduce bias in interviews

There are many types of bias that we have discussed, however, it is equally important to understand that removing bias from the interview process helps interviewers to correctly identify the best candidates and be objective.

How can interviewers remove bias from the interview process? Here are some suggestions:

Use an interview guide

This is a document that is put together to help provide a structure for the interviewing process. It helps keep both the interviewer and the organisation interviewing in a consistent and compliant manner which should help all candidates  get the same treatment at interview.

Furthermore, this will help interviewers know what to ask and in what order, so as to help provide the same candidate experience for all applicants. Whilst the questions may change based on the industry or requirements for the job, an interview guide can be used to help candidates for a role be treated equally.

Use standardised questions and scoring criteria

Interviewers must have training on equality and diversity, including how to avoid their own unconscious biases. Not only will this help to minimise the impact of hidden intolerances and prejudices but it will also provide a fairer system for all the candidates being interviewed.

Training should include things such as:

Use anonymised skills based testing

Where possible, you can keep many aspects of the candidate selection anonymous. For example in a skills assessment, you can remove the potential for bias and aid recruitment in decision making by removing things such as name, date of birth and even ethnicity from the records. Keeping this information anonymous allows you to thoroughly assess the skills of the candidate without colouring any judgements.

We are of course all naturally biassed. What this means is that we need to remove bias at different stages of an interview process, and in some cases use more than one method to help do this. One way to do this is to use multiple interviewers so that the potential for bias affecting the interview process is reduced.

Someone will have less bias in one area than another and vice versa. By opening up the pool of interviewers, you are allowing for more skills to shine through.

Real-time note taking helps minimise the chance of bias. Why? Because notes after the meeting can be tinged with opinions or ideas about the candidate which has no place in the decision making process. Keeping accurate records throughout the interview will help to identify the skills and competencies of the candidate in a clear and concise manner, removing bias along the way.

Whilst there is always room for a bit of small talk to help the candidate feel at ease and at home with the process, making that small talk the topic of conversation can contribute towards bias in the interview.
Being able to keep the small talk, small is essential. This is where sticking to a script and using a marking method can help with the development of the interview process and limit the level of potential bias.

Use an assessment matrix

You can use an assessment matrix to help identify a candidate based on a number of different criteria, and all without any form of bias creeping in. From job description, person specification and the agreed weight given to each criterion, an interviewer will ensure that all applicants are assessed objectively, and solely on their ability to do the job satisfactorily.

This will help to ensure that every hiring decision is based on reason and evidence, rather than opinion and potential discriminatory bias.

Interview bias refers to how responses from participants are affected by aspects of the interviewer and when done in such a manner, it can lead to interviewers making a bad decision over who should or who shouldn’t be hired.

We are all biased and the interview stage has many different forms which can affect selection of a great candidate. Being able to limit these biases from the interview process is essential in keeping the organisation more responsive to a better crop of candidates for long term success.

The Thomas Recruitment Platform allow candidates to be evaluated fairly, freely and without bias from the information provided interfering in their application. It can also aid your organisation in the development of value based questions and analyse results to help make hiring decisions easier. Specifically, the interview guide is dynamically generated for each individual that takes our assessments, and gives you suggested questions to ask in the interviews based on the traits and aptitudes that you define as most important for the role. Using these questions in an interview, you can really get to the heart of each interviewee and understand more about their personality and behaviour than you would from a standard interview.

If you would like to know more, please speak to one of our team.